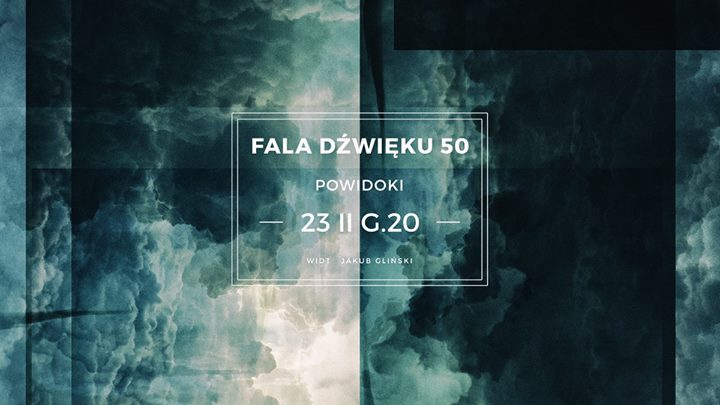 ^ WIDT
An audiovisual collaboration of two sisters – Antonina Nowacka (voice/processing) and Bogumila Piotrowska (live visuals). Works of duo appear as oneiric visions built up with a use of abstract, operatic vocalization, flowing in the jungle of psychedelic visuals, created in a real time from scratch with complex forms of video feedback.
An unique transgressive phenomenon oscillating between concert, performance, installation and video art.
WIDT had released two audiovisual albums: POINT#3 VHS (2015, Pointless Geometry) and WIDT cd/dvd (2016, Zoharum), both appreciated by the renowned british magazine The Quietus. The duo had performed – among others – on the avant-garde festival KRAAK in Brussels, in the legendary Cafe OTO in London, in the unique silent green Kulturquartier in Berlin, on the festival Przemiany in the Copernicus Science Center in Warsaw. In September 2016 they accomplished their first UK tour.
In September 2017 they accomplished their first EU tour.

This year the new sister’s record, in collaboration with the Berlin producer Christoph de Babalon will be released on the Bocian records.
www.widtproject.com

^ Jakub Gliński
a painter, audiovisual artists and an experimental musician who tend to utilize selfcreated, abstract and expressionist aesthetics of „trash and error”. The form of his art became an impressive monodrama, often a very violent performance in which Jakub is able to demonstrate his emotions. The most important part is the act of creation of an instalation or a painting itself, process which is mostly based on intuition and current mood of the artist. He often paints things only to cover them up with paint, sometimes even six or seven layers. In his work he combines trash found in his current, preferably industrial, location. This intimate process refers to a specific civilization everytime, to its wasting of things and objects.
He also created project under the names: Jesus Is A Noise Commander, Too Empty To Poo, Jakub Gliński & PURGIST, KURF, BOOM FOR GABBA, Cocaine Is Everything, Igenn Xew, Space Monkeys.